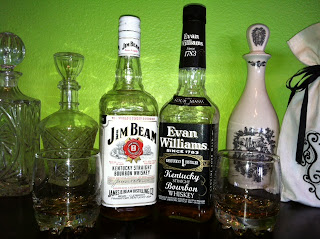 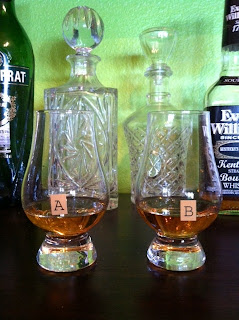 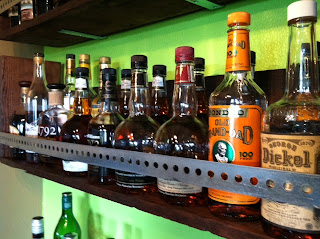 With the collection of bottles starting to get out of hand, the time had come to add a couple of shelves above the bar.  We tracked down a guy up in Anaheim that spends most of his time driving around the country purchasing old crates from farms and vineyards, and reselling them to restaurants, businesses and individuals.

We picked out a large crate that would be perfect for turning into shelving. 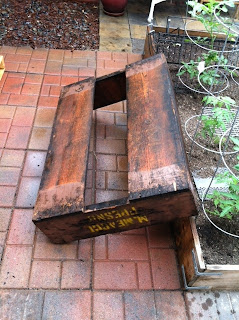 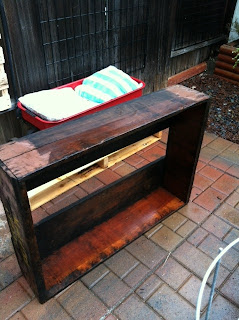 The first step was to knock the center piece out.
Next, we cut the crate in half and did some thorough sanding. 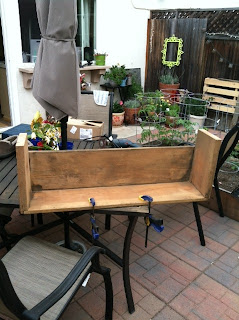 Then we stained them. 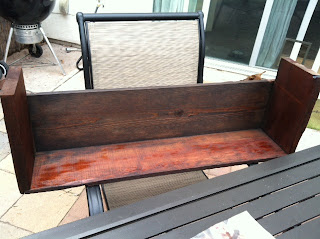 Finally, we added a functional and decorative brace across the front and hung them on the wall using L-brackets. 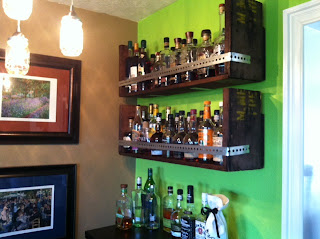